PragueVision vice-chair Vanda Prošková was a guest on three episodes of the podcast The Virtues of Peace:

Episode 26: The Moral Energy of Prague: Vanda Proskova and the Inspiration of Bertha von Suttner (January 7, 2021)

Episode 27: Youth Engagement and the Nuclear Issue: A Conversation with Vanda Prošková (January 14, 2021)

Episode 28: A New Day Begins: A Discussion About the Treaty on the Prohibition of Nuclear Weapons on the Eve of its Entry into Force (January 21, 2021)
January 2018 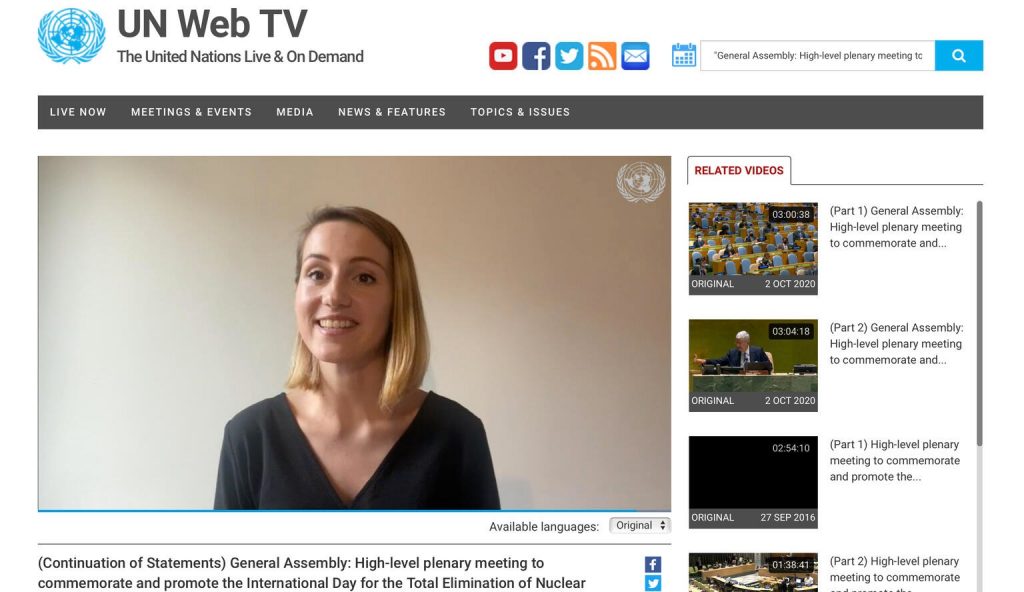 We participated in #WeThePeoples2020, a platform of actions and events for civil society engagement in the period of UN High Level meetings from the International Day of Peace, Sep 21, until International Day for Non-violence, Oct 2 2020.

PragueVision vice-chair Vanda Prošková presented at the UN International Day of Peace Observance ceremony that was held online due to the Covid-19 pandemic.

We moved into a new office in Prague 5

We organized an online workshop on the connections between (nuclear) disarmament and the SDGs for Associazione Diplomatici in Italy. 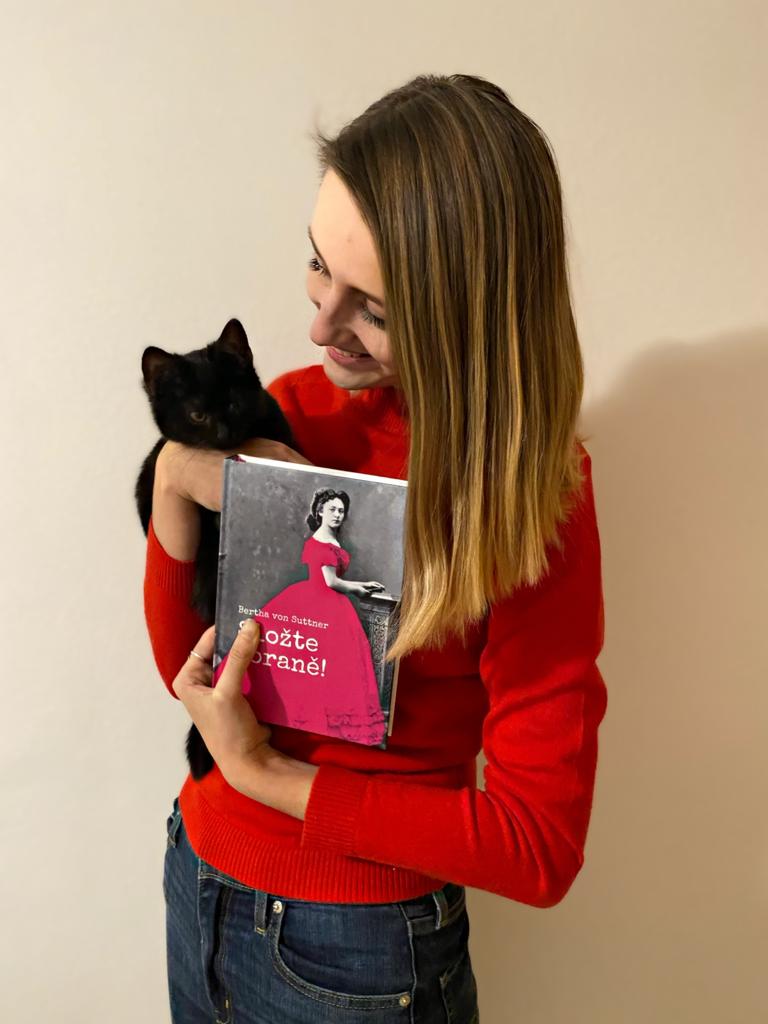 We welcome a new PragueVision vice-chair Vanda Prošková! 🙂 Vanda has worked with PragueVision and PNND for over 2 years. She coordinated the Bertha von Suttner translation project and conference in 2019. She has been the driving force in our current projects, as well as many other initiatives outside of PragueVision.

We participated in Climate, peace and security: from youth voices to policy action, a special meeting of legislators and youth leaders from the climate, peace and disarmament movements held in Basel in conjunction with the Basel Peace Forum. 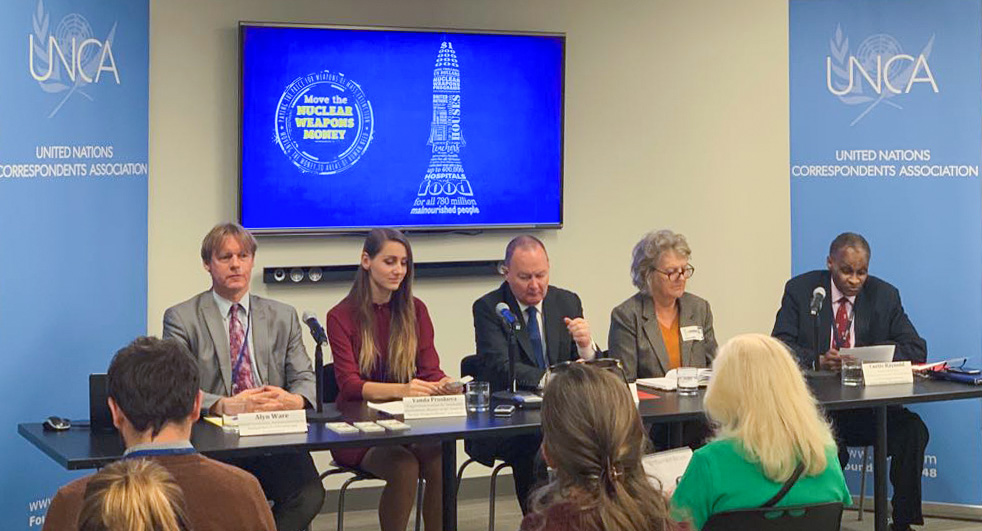 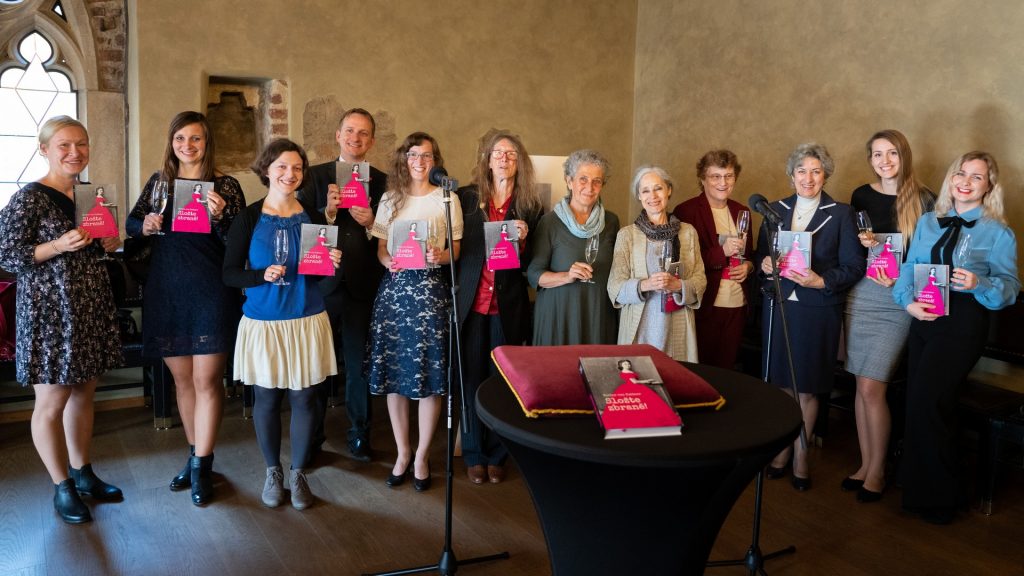 We organized Bertha von Suttner: 130 Years of Ideas that Don’t Get Old, an international conference held in Prague, and launched a modern Czech translation of Suttner’s book Lay Down Your Arms. bertha.praguevision.org

We participated in a roundtable discussion “The Future of Disarmament” organized by the Foreign Affairs Committee of the Chamber of Deputies of the Czech Parliament.

We participated in Save the Earth, Abolish War conference in London, UK.

We participated in Move the Nuclear Weapons Money: Divestment and other actions by cities, universities and parliaments to reverse the nuclear arms race and protect the climate in Basel, Switzerland.

We attended panel discussion Comprehensive Nuclear-Test-Ban Treaty: Possible Measures to Strengthen the Treaty’s Normative Standing; and a meeting of NGO Committee on Peace in Vienna, Austria.

We organized a screening of The Man Who Saved the World in Prague, followed by discussion with disarmament experts.

We participated in Reaching high for a nuclear-weapon-free world, an international youth conference held at the Charles University in Prague. 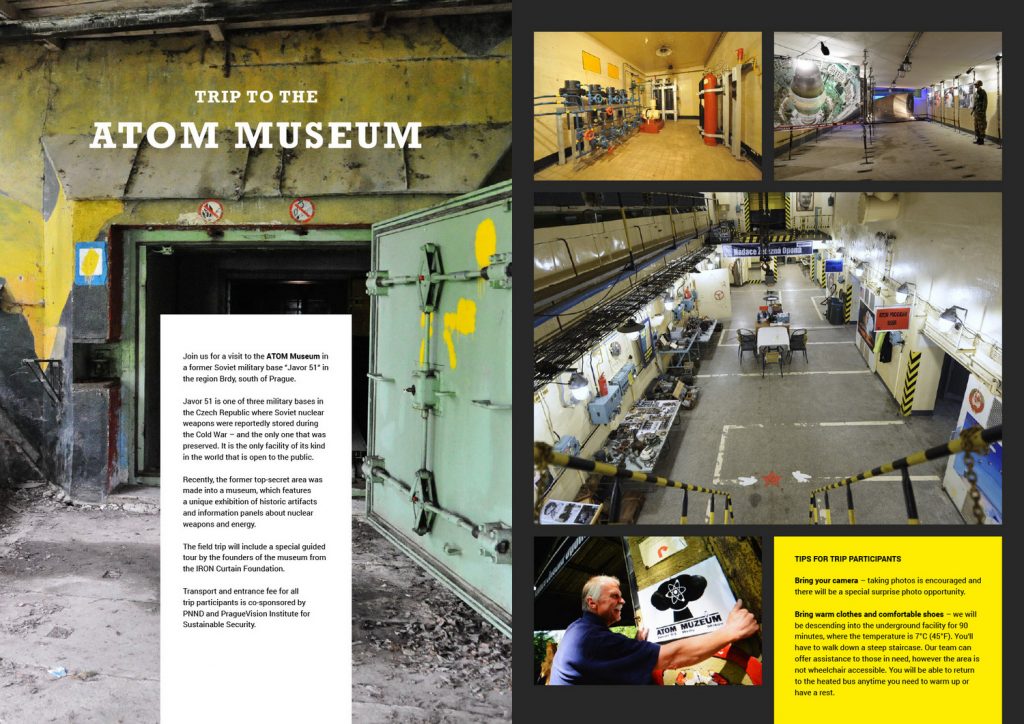 We participated in the 6th Prague Agenda Conference and organized a side event excursion to the Atom Museum located in a former Soviet nuclear depo Javor 51 near Prague.

We participated in the 135th IPU Assembly in Geneva as part of the PNND delegation.

We attended Building a nuclear-weapon-free world, an international conference held in Astana, Kazakhstan, on the 25th anniversary of the closing the Semipalatinsk nuclear test site. 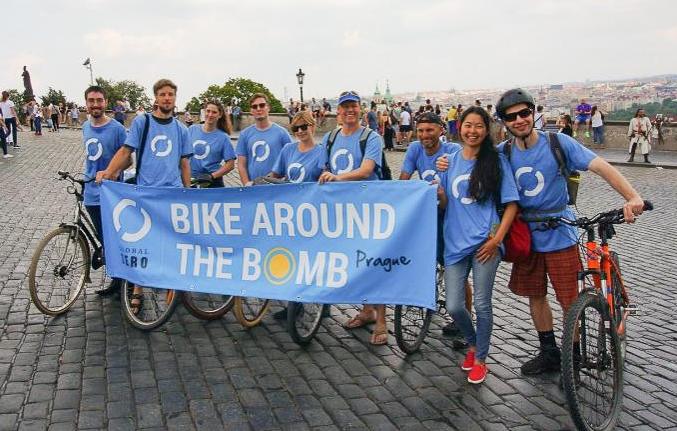 We organized Bike Around the Bomb in Prague.

We participated in various meetings of the Open-ended working group on nuclear disarmament in Geneva.

We participated in the Fourth EU Non-Proliferation and Disarmament Conference in Brussels, Belgium.

We gave presentation about nuclear disarmament movement at Public Lecture: 70 Years Since the Bombing of Hiroshima and Nagasaki held at the Moravian Library in Brno. 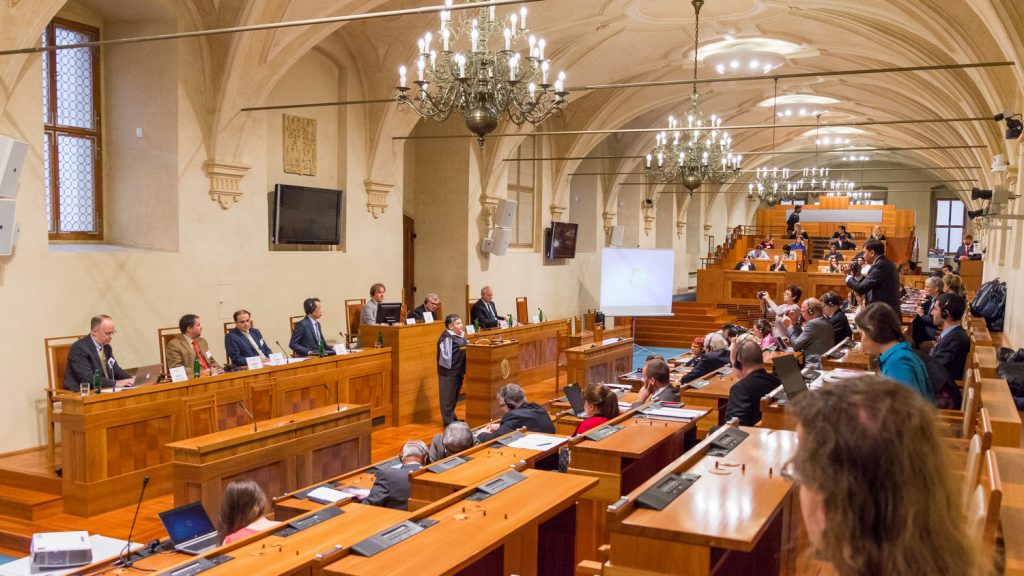 PragueVision served as the logistical host for the PNND Assembly 2015 in Prague. The Assembly was hosted by Alena Gajduskova, PNND Council Member, and Senator Ivo Barek, Vice-President of the Czech Senate. The event was organized in conjunction with the 5th Prague Agenda Conference. As a side event, we organized a Czech premiere screening of the movie The Man Who Saved the World. 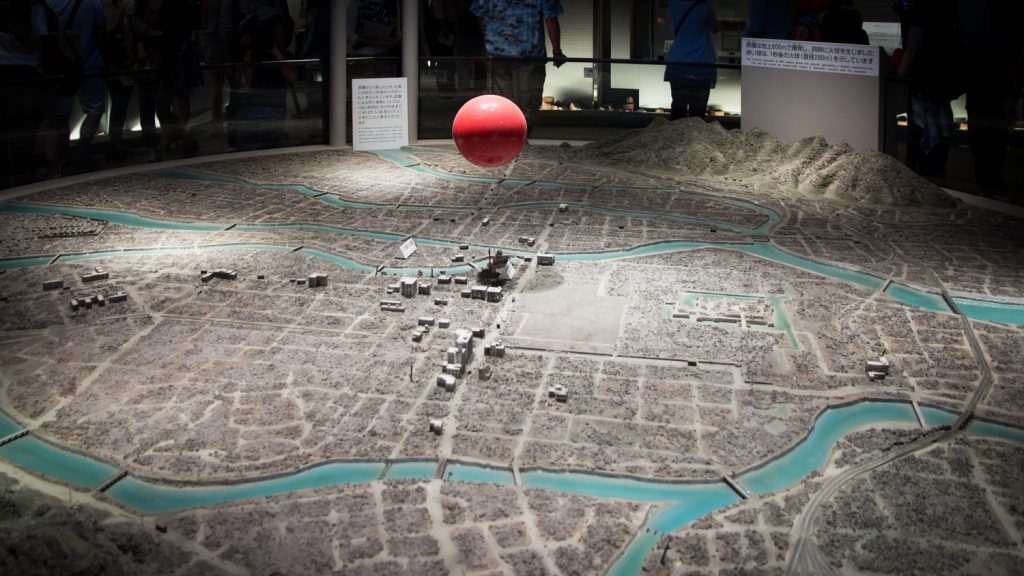 We participated in International Youth Summit for Nuclear Abolition in Hiroshima, Japan, and visited the Hiroshima Peace Memorial Museum.

We participated in the 2015 NPT Review Conference in New York and co-organized a rountable side event The Role of Umbrella States in Nuclear Disarmament.

We presented at a panel discussion on nuclear disarmament held by the Youth section of the Czech Social Democratic Party.

We presented at A Century of Weaponry of Mass Destruction: Enough!, a conference organized by Mayors for Peace in Ypres, Belgium, on the centenary commemoration of first use of chemical weapons.

We participated in the Vienna Conference on the Humanitarian Impact of Nuclear Weapons.

We participated in the 4th Prague Agenda Conference.

For UNFOLD ZERO platform, we developed a multi-media campaign for the International Day for the Total Elimination of Nuclear Weapons, including a promo video where we asked strangers in Prague “How many nuclear weapons do you think are in the world?” and “How many should there be?”

PNND event in the Czech Senate 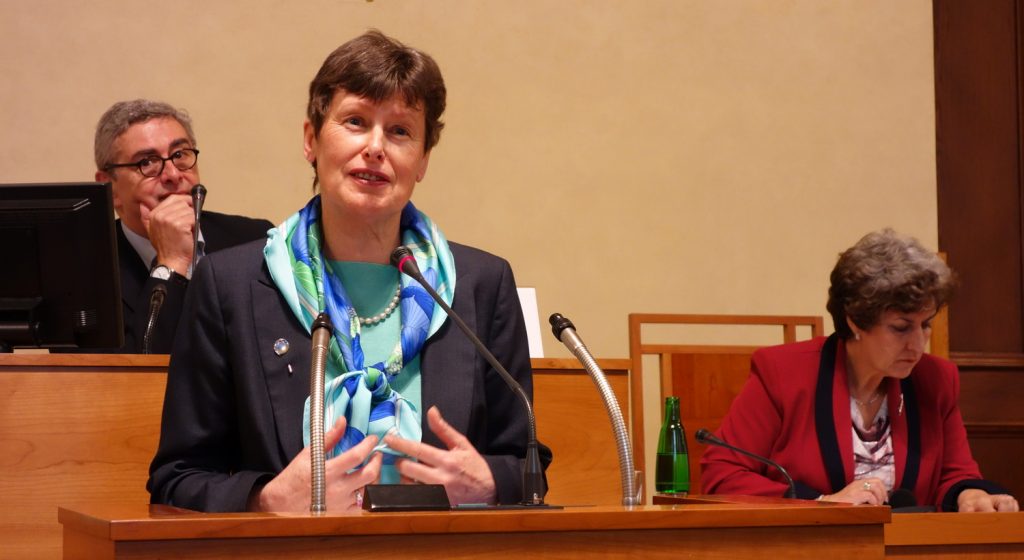 We organized a PNND event in the Czech Senate featuring Ms Angela Kane, UN High Representative for Disarmament Affairs, as a special guest. 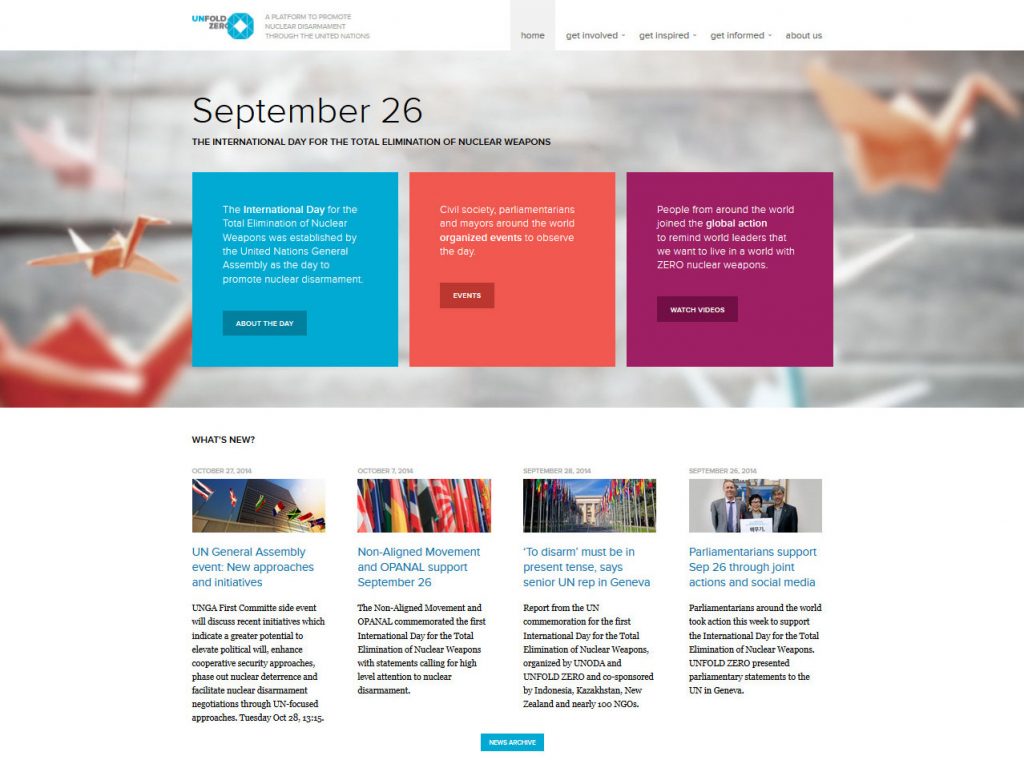 We co-founded UNFOLD ZERO, an international platform to promote progress in nuclear disarmament through UN bodies and mechanisms.

We participated in the 2014 PNND Assembly in Washington DC, USA.

PragueVision – Institute for Sustainable Security was registered as a non-profit organisation in the Czech Republic.

We explore and advocate for effective steps towards a secure world without nuclear weapons. We participate in international forums, engage with organisations and publish opinions and news in Czech language.